Edward Wheeler on 21 years of Eurotank

Eurotank Environmental has come a long way since it was incorporated in 2001. Starting with a single engineer in a little bright yellow van carrying out small jobs as a sub-contractor, the business has grown into a group of companies providing retail and commercial customers with a comprehensive range of services to keep their fuel flowing.

WHAT SPARKED THE IDEA FOR EUROTANK?

I first worked in the family chandlery business – a shop for boat parts and supplies – as a student. My Dad, Geoff Wheeler, was the SalesDirector at Micrelec PLC, and when they decided to sell the business to Meggitt Petroleum, he sold his shares and bought the chandlery.

A chandlery is very difficult to make money out of and I learnt first hand about the challenge of paying rent, rates, labour costs etc on a business with over 200,000 products, many extremely slow moving. The business transitioned into The Resin Store where we decanted resin, catalyst and chopped strand matt into smaller quantities. We created a product called Ductsealer 033, which we used to seal electrical conduits that had water transferring through.

My first taste of working on a petrol station came atSafeway Bromsgrove, where I got involved installing the first Ductsealer and got the bug for working in confined spaces.Geoff continued working hard on his own OEM rep business representing companies in the UK and bringing products fromEurope. He was the person that introduced the foam filling of tanks to the UK market as well as numerous other products and solutions, including an endoscope camera, which became one of the first products Eurotank operated.

During the third year of my degree, I did a placement year at TankSafe Ltd, which was the main applicator of the foam for tanks. I got involved in site work, including tank lining, where I learned more about tanks and working on petrol stations.

When I finished my degree I needed to get a job but I was already hooked on the idea of building a business. Geoff didn’t want to get into contracting because he had either worked for big companies like Gilbarco,Tokheim and Micrelec or worked on his own. He definitely didn’t want to employ people, but I wanted to employ many people. It caused a lot of arguments but actually we were both right. He was right about the challenges and I was right about the benefits.

So we created Eurotank Environmental Limited as a vehicle to operate some of the products that he was representing in the UK.

We purchased Tanksafe’s endoscope camera and became the sole operators of this technology. There wasn’t enough work for this to keep me busy all the time so I was doing other work like measure checking, ductsealing, chamber sealing and general subcontracted labour.

We started doing bigger and bigger projects and the endoscope technology got us involved with some specialist projects that helped build our project management and delivery skills. Having learned a lot from myDad, who had a very successful career selling equipment in the petrol station industry, knowing how to sell and having the knowledge from being on the tools was a good combination of skills.

But ultimately, the main driver for wanting to create a contracting business was to be in control of our own destiny, without relying on other people and to do things the right way.

WHAT WAS YOUR FIRST BIG BREAK?

There were lots of things that led on to bigger things but the biggest break was definitely down to being in the right place at the right time with the right equipment.

In 2004, ethanol was launched in to the UK. This was the very first time that anybody was really concerned about eliminating water from tanks, which was exactly the solution that the endoscope technology provided.This catapulted us into working with some of the UK’s biggest companies, with further significant growth as biodiesel was introduced. So biofuel introduction was definitely our first big break.

HOW DID THE COMPANY ETHOS COME ABOUT?

The company ethos is about implementing new and advanced technology, using high standards of safety and quality so that these new ideas can be embraced by all fuel operators, from oil companies to individual site owners.

At the beginning of the Eurotank journey I spent a couple of weeks in Norway being trained by the inventor of the endoscope system. What he was teaching me was not just about being able to use the equipment but giving me the knowledge to become an expert in the field. He gave me the confidence togo back to the UK with this equipment and provide consultancy and advice to even fuel specialists/chemists in oil companies because the practical understanding of what happens inside tanks was not known or understood.

It was drilled into me that this was a highly specialised service that meant we had to be the best at what we do and we should stay as a specialised contractor, dealing directly with the customers. Although we have grown into a contractor that pretty much does everything on a forecourt, we’ve tried to keep to the same approach by investing in the best equipment and doing things that others don’t like to do, like carrying out major fuel system work son live sites.  Solving challenging problems is what Eurotank is all about.

The introduction of biofuels has had the biggest impact. It has required the development of an entire fuel and tank maintenance industry that barely existed before because mineral fuels required almost no husbandry.

The introduction of ethanol and methanol has also caused major problems that have needed to be fixed as many fuel systems have critical components within them that were not designed to store fuels containing alcohol. The more biofuel added into the mix, the greater the challenges.Eurotank was in the right place at the right time and has ridden the wave of growth within the industry caused by all of the fuel composition changes. Until the early 2000s fuel and fuel systems had barely changed or evolved in comparison to the last 15 or so years. It’s been an exciting time to be involved in the industry.

What are you most proud of?

When we were first starting out, I didn’t appreciate just how big a challenge it was going to be to build a business. We didn’t have a big pot of cash to invest in people and equipment; we had to build up slowly, putting any money generated back into the business. It’s a very stressful thing to do because everything you’ve worked for and created is tied up in a going concern, which if it fails, means everything you’ve worked for has been lost.

It’s a very personal experience, with far more setbacks than steps forward. It definitely feels like the mentality of having to get back up every time you are knocked down applies to creating a business. So for EurotankEnvironmental to still be trading and growing after 21 years is probably the thing that makes me most proud.

Along the way we have created and developed a great team of people, been recognised with a lot of industry awards and have a very extensive customer list, which are all things to feel proud of as well.

Lastly, my first commercial experience of working in the family chandlery was that we were tied into a long, 21-year lease. We could have bought the building outright over 20 years with a commercial mortgage soI’ve always resented paying rent to a landlord. We now own our depots inScotland, Stoke, Southampton and our office in Sowerby Bridge so in the future, when the mortgages are paid off, we will have a significant value of property assets in the business, which gives me a great sense of satisfaction.

What have been the biggest challenges?

I could definitely write a book about this after 21 years.Finance is a big challenge because when you are growing, even if you are profitable, all your working capital is invested in the business. Being a contractor is not a cashflow positive operation. I really envy companies that get paid for their goods and services before they have to pay their costs. You have to be so careful that you don’t grow and trade yourself into problems.

The other major challenge has been growing as a leader, which is not my natural disposition, from a small specialist contractor into an organisation with more than 130 people. I was an MD in my mid 20s and had no experience of running a business. There were some benefits to this in terms of determination and willingness to take risks and embrace new technology, but there was an awful lot of learning on the job and learning from mistakes. It still feels like the beginning because, as the company grows, there are a new set of challenges to overcome.

Change is good as long as it is embraced and opportunities taken advantage of. At a high level, all of the current fuelling facilities in the UK are likely to change in the next 30 years, which is a huge amount of work to be done at a comparatively fast pace. Fuel will be around for a long time and our services will still be needed so a complete revolution is not what we need to do. We need to have an eye on the future, though, and we will change our business as customer needs change.We will look to provide solutions to problems as they arise by understanding them and looking around the world for solutions we can use if we can’t develop our own. 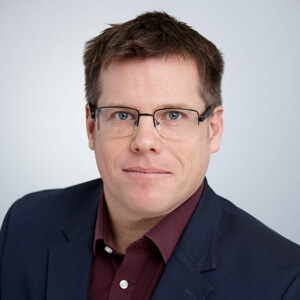